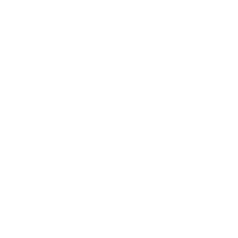 Also called external fertilisation: Treatment with stimulating hormones (FSH, FSH/LH, hMG) takes place after hormone analysis and/or ultrasound from the second or third day of the cycle when bleeding has started. The hormone can be administered by the patient herself or by her partner, under the abdominal skin with easy-to-use injection sets or a pen. A few days later, a second hormone, which suppresses premature ovulation (an antagonist) is administered in the same way as the stimulating hormone. During treatment with these hormones, the growth and ripening of the ovarian follicles is observed using ultrasound and hormone testing.

Stimulation of the ovaries can cause a higher number of ovarian follicles to ripen. This increases the chance of having several egg cells, and consequently the success of the fertility treatment!

When a sufficient number of ripe ovarian follicles are available, the stimulation treatment is stopped and the last necessary step, the maturation of the egg cell, is initiated with the injection of another hormone, for example hCG, which then also triggers ovulation. Some 35-36 hours later, we carefully remove the egg cells by means of follicular/ovarian puncture.